Food Fight Back On The Menu With New House Bill 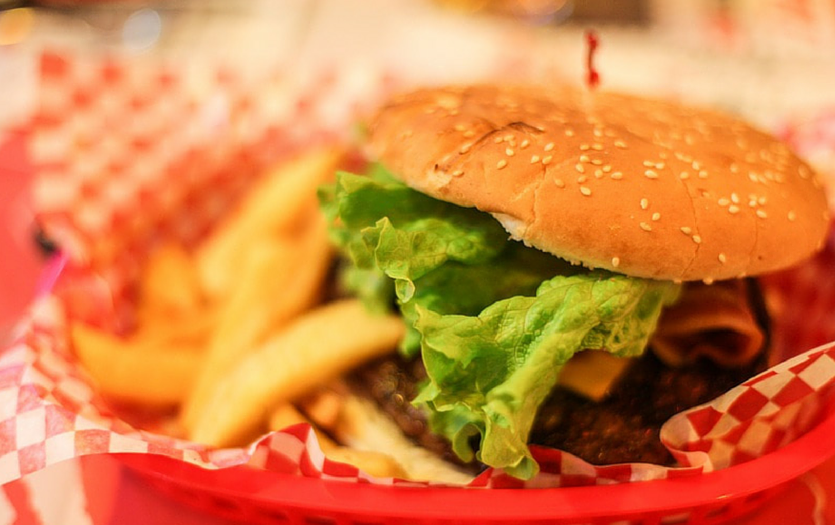 Just when it looked like the dust had settled on the Child Nutrition Reauthorization (CNR) bill making its way through Congress, the House decided to throw a wrench in the whole process. Schools and students will now have to wait even longer for a cohesive nutrition policy.

So what’s happening on Capitol Hill?

Back in January I reported how the Senate Agriculture Committee approved a compromise bill for the CNR that apparently did the impossible – made both the School Nutrition Association (SNA) and health advocates happy. Jean Ronnei, SNA President, applauded the bill as offering “practical solutions for school meal programs and the students they serve.” It looked as if the long struggle between schools looking for flexibility in their meal programs and health advocates urging for more balanced meals had come to an end. One last hurdle remained: the House Education and Workforce Committee. Would the committee adopt the Senate bill or instead offer their own version?

The House made it clear they don’t intend to play nice.

Questions were answered last week when the House released their draft of the CNR. The House made it clear they don’t intend to play nice. Quoted as “everything health advocates feared,” the House version throws out many of the health compromises found in the Senate bill. What’s worse, the bill looks to weaken the Community Eligibility Provision (CEP) from the Healthy, Hunger-Free Kids Act of 2010 (HHFKA).

Here are some of the changes introduced by the House CNR Bill:

The House bill looks to do a complete review on the nutritional standards relating to sodium and whole grains. Most health advocates see this “review” as an attempt to discredit the 100 percent whole grains requirement and reduced sodium levels proposed in the HHFKA and the Senate CNR. Sodium reductions continue to be some of the most contentious parts of both the Senate and House CNR bills.

Those in the industry will be excited to know that “stakeholders” – school food nutrition directors, school boards, etc. – will have more consideration when nutritional standards are reviewed. This bill has nutritional standard reviews every three years instead of the five proposed in the Senate CNR.

The Smart Snacks In School rules introduced in the HHFKA required snacks and fundraisers to abide by healthier regulations. While the rules didn’t apply to fundraisers after hours or off-campus, they did limit all other snacks foods and beverages in terms of calories, sodium, and fat limits.

However, the new bill proposed by the House would scrap the Smart Snacks In School rules and allow schools to serve basically anything. Gone are the calorie limits and instead schools could go back and serve food items that have traditionally done well – such as sweets. Cupcakes lovers rejoice.

Under current rules, schools with high rates of poverty can apply for the Community Eligibility Provision (CEP). To qualify, schools must establish that at least 40 perfect of their student population are eligible for free meals. CEP has been praised as a success and allows districts to cut down on paperwork while removing the stigma associated with free meals. According to a report by the Food Reseach & Action Center (FRAC), “Implementing community eligibility is a concrete step that educators and policymakers can take to increase school meal participation [and] it also substantially reduces administrative work for schools so they can focus their efforts on feeding and educating their students instead of completing paperwork.”

The new bill, however, will make it even harder for poorer students to participate in the program as it raises the threshold from 40 percent to 60. Such an increase with undoubtedly cause fewer needy students to receive free meals while also increasing the burden for schools and districts. For poverty stricken districts, this change would be most impactful.

With two drastically differing bills, it remains to be seen if Congress can reconcile the differences and offer one, unified vision for school food. It’s still anyone’s guess whether the final CNR bill will resemble the comprising Senate bill or the more controversial House version. Until both sides can come to an agreement there doesn’t appear to be an end in sight for this contemptuous food fight.