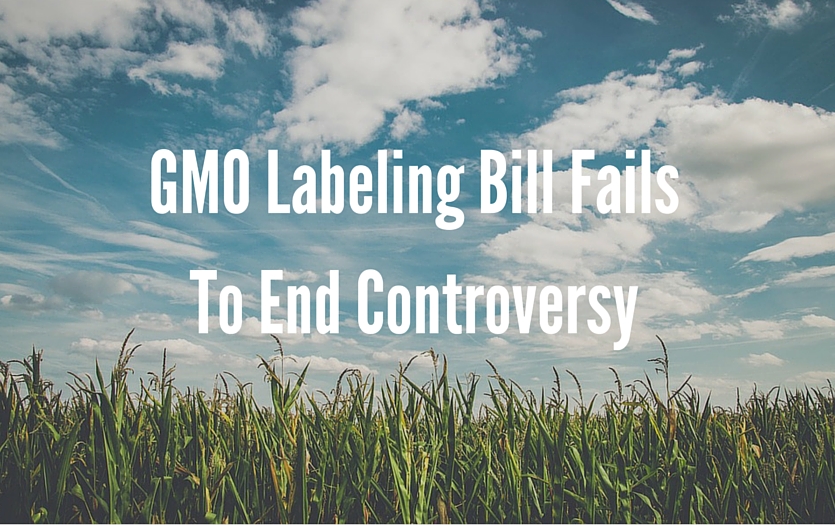 Introduced as a bipartisan solution, S 764, or the GMO labeling bill, has received mixed reactions from those on both sides of the issue. Senators Pat Roberts (R-Kansas) and Debbie Stabenow (D-Michigan) unveiled the plan as a national answer to the question of GMO labeling standards. Rather than settling the issue, the bill appears to have only added more controversy in an already divisive dispute.

With 75% of processed foods on supermarket shelves containing GMO ingredients, S 764 has large implications by requiring all GMO foods be labeled. Food companies have traditionally been wary of any bill requiring disclosure of products containing genetically modified ingredients.

“There are no – and never have been any – documented health risks from genetically engineered food in the marketplace,” said Zippy Duvall, president of the American Farm Bureau Federation.

However it’s not all criticism on the side of the food industry. Monsanto released a statement in support of the GMO labeling bill.

“As the planet gets warmer and drier, it’s critically important that farmers have access to all agricultural solutions to nourish our growing world and that consumers have choices and access to a healthy, balanced plate. This national standard is an example of how people with diverse perspectives were able to sit down, through respectful and healthy dialogue, and reach an agreement,” said Hugh Grant, company CEO.

For supporters of tougher GMO regulations, the bill is little more than a gesture to score political points. While GMOs must be disclosed under the bill, food companies will have varying options on how exactly they’ll make that disclosure. Critics point out that nowhere on the package will companies be forced to label “GMO”, “Genetically Engineered”, or “GE”. Instead, companies can choose to place a QR code or phone number directing customers to a website for more information.

Consumers lacking the tools to read QR labels might be left in the dark. According to Trish Sheldon, founder of GMO Free Florida, the bill is discriminatory against older consumers and the poor.

“Twenty-one percent of Americans have never used a QR code and have no idea how to use one,” she said. “If you don’t have those tools you know in order to find out what’s in your food, it’s just clearly not transparent labeling. It’s hiding what’s in the food,”

The jury is still out on whether or not GMOs pose a risk for consumers. Each side of the debate point to studies corroborating their claims, but there’s yet to be a scientific consensus. According to the USDA, genetically engineered crops have exploded in popularity in the past decades, but with increased GMOs, insecticide use has decreased with the adoption of insect-resistant crops.

But the bill has yet to become law and first must be signed by President Obama. If signed, S 764 will give food companies a two year grace period before going into effect.