On January 17, 2020, the Trump administration announced that it would be making more changes to school nutrition guidelines. The belief in doing so, is that this would allow schools more flexibility in preparing more nutritious and appetizing meals and reduce the amount of food that goes to waste.

According to a press release found on the USDA website, this proposed rule would: 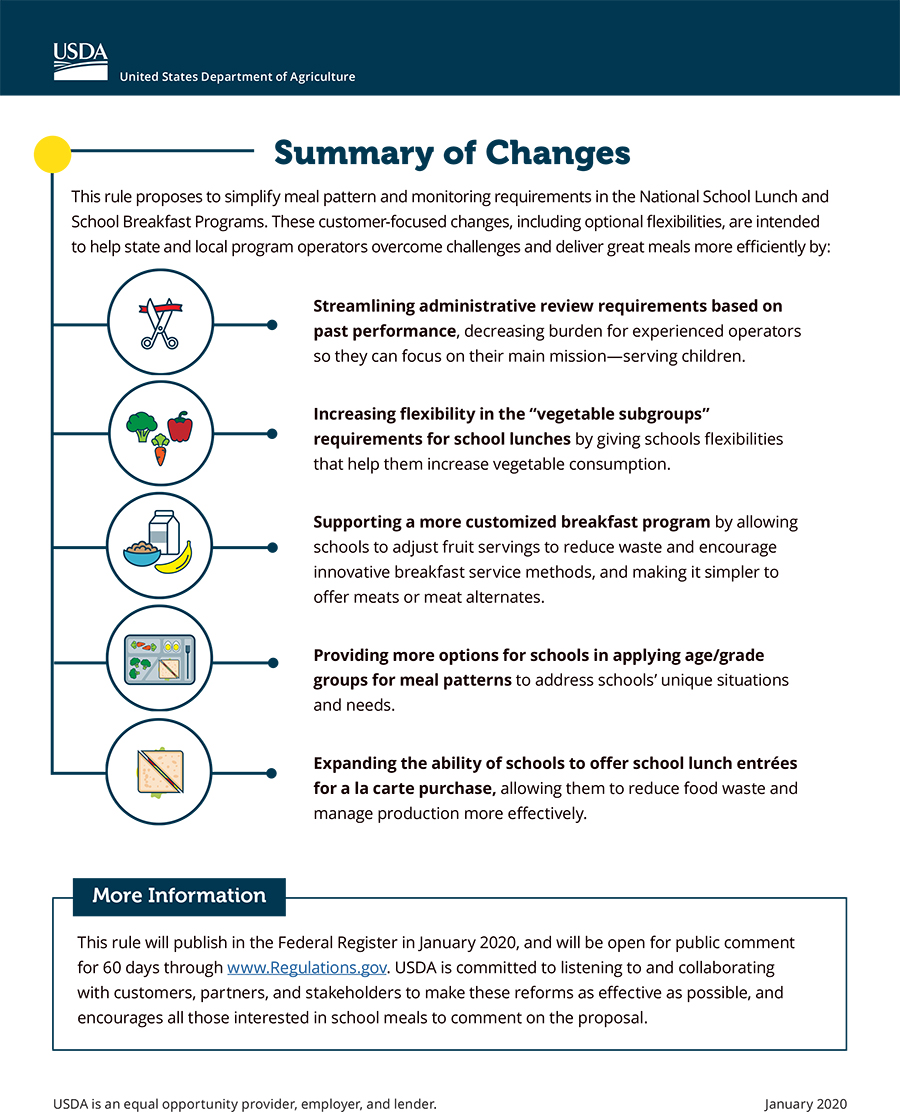 However, instead of hearing it like this, you may have heard that “The Trump administration proposed rollback for Michelle Obama school lunch guidelines,” or something along those lines. Maybe you read that more pizza, hamburgers, and fries, would appear on school menus with these proposed changes.

Opponents of this rule, such as the American Heart Association (AHA), are worried about the following:

Several parents on the other hand are rejoicing everywhere, excited that their children will “enjoy” school lunch again. Parents have expressed their opinions all over social media, both in favor and opposed to the new changes. Many of them are aware of the amount of food that goes to waste, and worry about the amount of children who end up not eating at all because they don’t enjoy what’s being served to them. Other parents believe this won’t make a difference at all when it comes to keeping our children educated regarding nutrition. They believe that a healthy diet begins at home. Of course, many children only get their meals from their school cafeterias, so in order for them to receive and learn about nutritious meals, school cafeterias are the true starting point. (Just like any other classroom in our schools). Other parents have expressed the same concerns that the AHA has – that these flexibilities will contribute to the high obesity rates among children in the US.

With participation rates low and the food waste high, PrimeroEdge wants to know, what do YOU think about this proposed rule?

Let us know below and you could be featured in our next post!

Alex Szoeke (zo-key) is a marketing specialist at PrimeroEdge. She holds a bachelor's degree in corporate communications from the University of Houston and a certificate in full stack web development from the UT Austin Coding Boot Camp.