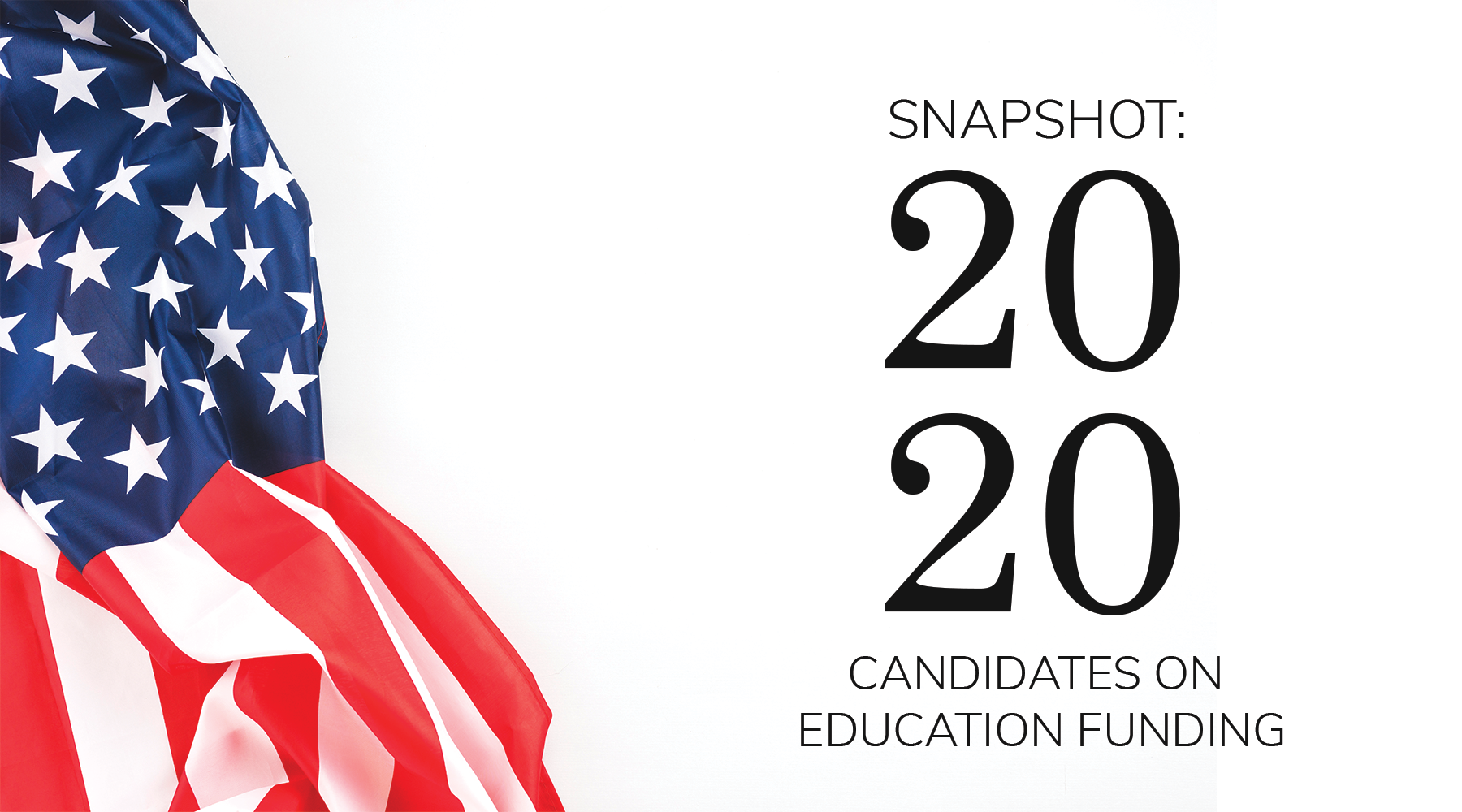 With the upcoming presidential election, candidates are taking a stance on their educational platforms by making promises to increase funding across several educational programs. While not all candidates focus on Title I, many are pledging to triple and even quadruple Title I funding to assist schools with high concentrations of low income households. Additionally, other programs such as the Individuals with Disabilities Education Act (IDEA) have also been at the forefront of several candidates’ platforms.

We’ve provided a snapshot of each candidate’s stance below:

Joe Biden (D) would like to triple the Title I funding as he believes it will even the playing field between well-resourced and poorly funded schools.

Bernie Sanders (D) promises to triple Title I funding, very much like several of his peers, and would like to boost other areas of the federal K-12 budget.

Elizabeth Warren (D) wants to take it a step above others and quadruple Title I funding and additionally calling for $20 billion in new federal special education spending.

Pete Buttigieg’s (D) education plan would like to triple Title I funding so as “to invest in a truly equitable public education system, no matter a child’s zip code, race or background.”

Michael Bloomberg (D) does not outright address or promise any financial plans towards public education.

John Delaney (D) doesn’t outright address Title I funding but would like full funding for the Individuals with Disabilities Education Act.

Michael Bennet (D) believes in expanding Title I and IDEA funding to help mend the disparities between affluent and underserved schools.

Amy Klobuchar (D) is proposing a Progress Partnership that fund states that pledge to improve schools and make workforce readiness a priority.

Deval Patrick (D) mentions working with states and cities to dramatically expand federal support for public school a well as addition additional resources such as after school enrichment programs.

Tom Steyer (D) does not have a detailed financial plan but mentions reinvigorating public schools by increasing resources.

Marianne Williamson (D) promises to increase funding for free and reduced-price lunches that will also cover the school breakfast program.

Andrew Yang (D) does not outright address or promise any financial plans towards public education.

Joe Walsh (R) does not mention an outright financial plan on education but supports “market based solutions to education reform and urban poverty.”

Bill Weld (R) believes that K-12 federal funding should be minimal and financial responsibility should be focused locally and within the state.

About the Author: Dulce Aguilera

Dulce Aguilera is a graduate from the University of Texas at Austin with a degree in Journalism. Her passion for writing comes from an innate curiosity of the world. As a Marketing Specialist at PrimeroEdge, Dulce enjoys the creativity it takes to keep up with the everchanging landscape of the marketing realm. In her spare time, she dedicates herself to family, friends and her dog Olivia.